ECOFACT Project held its Month 24 General Assembly on 12th and 13th October in Thessaloniki, Greece. This was the first time the consortium was physically able to meet up after pandemic restrictions of the last two years.

The Assembly included a meeting in a hotel in Thessaloniki along with a visit to project demo site Athenian Brewery. Athenian Brewery S.A. is the largest producer and distributor of beer in Greece. It was established in 1963 by a group of Greek entrepreneurs and it is member of Heineken NV group. Today it sports four plants across Greece, three beer factories in Athens, Thessaloniki and Patras and a factory in Lamia bottling natural mineral water IOLI.

On Day 1 consortium members presented updates on the work package tasks they are assigned to deliver, the key achievements to date, issues, and future activity.

Day 2 was split into two sessions. In the morning there were more presentations on work packages and updates from the demo sites. In the afternoon, the consortium travelled to the Athenian Brewery demo site for a tour of their facility.

While there is much work to do ahead and the project has just reached the halfway point, the consortium is excited by the solutions being developed. We look forward to the next period of the project, to keep up to date with the latest developments join us on LinkedIn and Twitter, subscribe to the ECOFACT newsletter or view of our News and Events page. 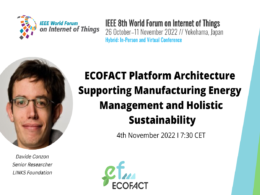 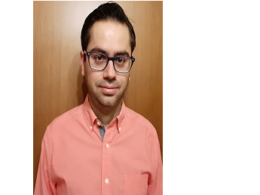 Article submitted by Dimitrios Kourkoumpas – Research Engineer at CERTH 1.Tell us about CERTH What is your core…
byMark Power 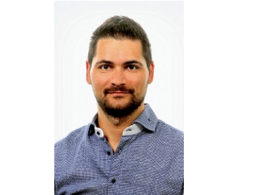 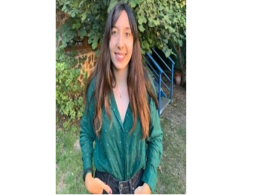 Article submitted by María Maté González – Energy Research Engineer at Veolia Tell us about Veolia. What is…
byMark Power